The Mako Reactor
Home Features Trials of Mana: PS4 vs Nintendo Switch – What to Buy? 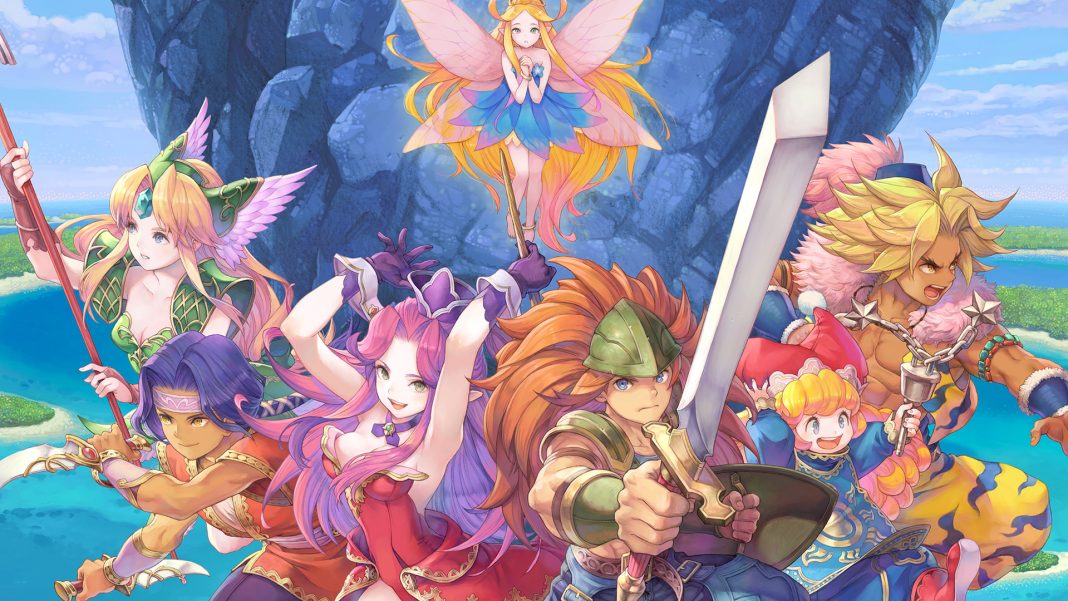 Trials of Mana, the full remake of Seiken Densetsu 3 from Square Enix, is nearly here on PS4, Nintendo Switch, and PC. Unlike the Secret of Mana remake that was released a few years ago on PS4, PS Vita, and PC, Trials of Mana offers enhancements and improvements to visuals and mechanics with a full transition to 3D. Compared to the Secret of Mana remake that used Unity, Trials of Mana is an Unreal Engine 4 game. With the demo out on all platforms, I’ve played it on PS4 Pro (on a 1080p display) and Nintendo Switch to compare both versions.

Trials of Mana looks gorgeous with lush environments and a great aesthetic that retains a classic look for character portraits and models. On PS4 Pro, everything looks excellent with nice draw distance. Textures on walls and even the ground never stick out as ugly looking. The art style works well and it reminds me of some of the PS2-era action RPGs from Level-5.

Trials of Mana also has some great looking particle effects during combat and in things like item seed growing that lets you use item seeds to plant to roll for random items. These effects carry over to Nintendo Switch as well. The Nintendo Switch version looks surprisingly good both docked and handheld.

In terms of resolution, Trials of Mana has a soft look in both docked and handheld modes. It is clearly not running at the native resolution of the screen on Switch barring the user interface. If you’ve played Dragon Quest XI S on Nintendo Switch, expect a similar drop in resolution here. The draw distance is a bit low on Nintendo Switch compared to PS4 as well with grass near you popping in when you run. This isn’t as distracting with how gradually things load in though. Some of the visual effects like depth of field or blur during cut-scenes are also lower quality on Nintendo Switch compared to PS4 Pro.

PS4 is definitely the way to go if you care about image quality. On Nintendo Switch, Trials of Mana is best played in handheld mode for sure where the drop in image quality isn’t as noticeable on a smaller screen. The major issue with Trials of Mana’s visuals in handheld mode is the font choice. Some of the text looks a bit jagged with the font used. This isn’t a problem on PS4 where it looks crisp and clear.

There are two aspects to the performance of Trials of Mana that are worth mentioning. Load times are nearly the same but Nintendo Switch has better load times by a few seconds here. The difference isn’t as drastic as say games like Langrisser I & II.

Trials of Mana targets 60fps on PS4 Pro and it mostly holds that target well. The one area where the performance isn’t great is in some cut-scenes. I noticed some frame pacing issues as well. During combat and exploration, the frame rate held up well on PS4 Pro.

On Nintendo Switch, Trials of Mana targets around 30fps. I say around because it goes a bit above that as well. I noticed drops below 30fps often both docked and handheld mode but the drops weren’t drastic like some other ports. Hopefully these drops can be addressed in future patches.

Trials of Mana PS4 vs Nintendo Switch what to buy

Having a game like Trials of Mana on a hybrid system is always going to be appealing. Being able to play any RPG on the go and at home with your save ready for you is definitely going to push many to opt for the Nintendo Switch version. The performance and visuals are much better than I expected after seeing the initial reveal at E3 2019. If you care about image quality or performance over portability, you’re better off on PS4 Pro.