The Mako Reactor
Home Features PES 2021 Sets Precedent for Fair Pricing But Is It Enough? 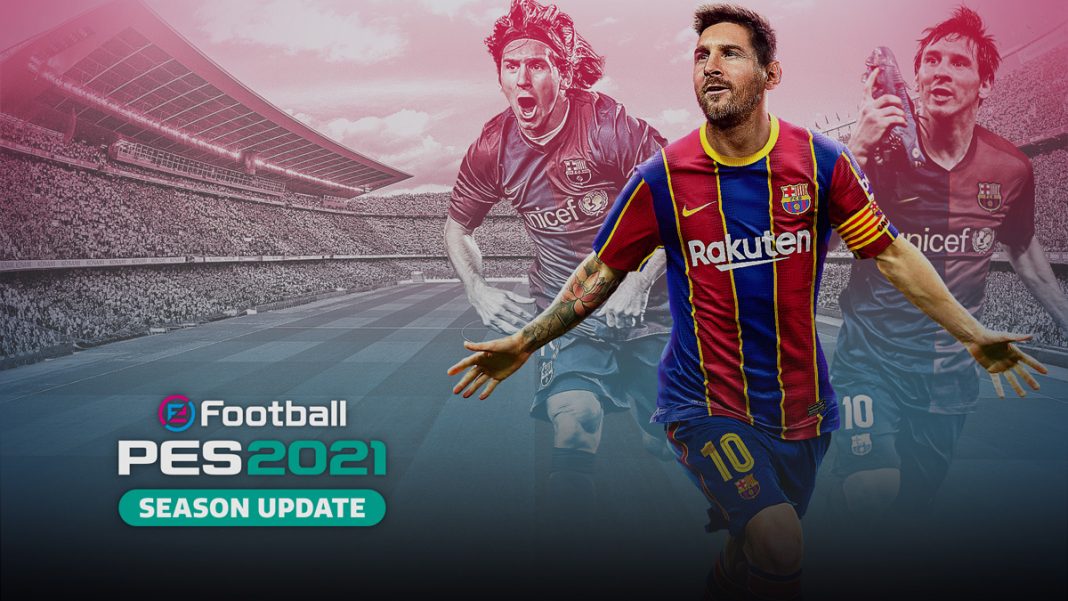 PES 2021 or eFootball Pro Evolution Soccer 2021 Season Update as it’s officially known is out now for PS4, Xbox One, and PC. Publisher Konami has been upfront with what to expect from this entry, being positioned as game with minor refinements and a budget price tag.

We’ve spent the weekend playing PES 2021 on the PS4 Pro and it’s refreshing for a game company’s communication to actually match the game it’s trying to sell. There’s little in the way of major upgrades versus PES 2020. From measured attacking runs depending on pinpoint player placement on the pitch to laboured defensive efforts, if you’ve played PES 2020, you should be familiar with what to expect so read that review to know more.

There are some minor tweaks to the formula, gameplay feels a tad more responsive particularly with regards to finesse dribbling (using R3) and more so with those that are good with it like Messi or Neymar. Players tend to avoid colliding with each other as much as they did in last year’s entry as well.

The same applies to its many menus. They retain a similar look and feel to last year’s game. While the familiarity is welcome, it does get a tad annoying with the number of screens you have to trawl through in order to view or customise your control scheme of choice. Match scoreboards and presentation see minor improvements with slightly more accurate colour schemes for each league and sharper looking designs.

Other small improvements include less erratic AI behaviour during player negotiations in Master League. Rival teams won’t simply agree to buying your players when you hike up the sale price up by almost 50 percent during transfer season as they did in PES 2020. With servers only going online on release date, we have not been unable to check out multiplayer just yet. Stay tuned to our impressions later on.

To the PES faithful, the host of incremental changes make for a better game. And while it won’t be enough to steal away the hordes of gamers who exclusively play FIFA, Konami’s approach to pricing should give EA cause for concern.

For the longest time, EA has gotten away with terrible pricing for the Legacy Editions of its FIFA games. They’re priced on par with versions that sported some new gameplay features. All you would get are new kits and rosters for the $60 you’d be paying. Instead of pricing them lower for the minor update, EA continue to charge full price. With Konami offering something similar for $30, it would be interesting to see if other yearly sports games adopt this approach going forward. 2K is clearly not interested in this.

Keep in mind that a $30 price tag for PES 2021 is borne out of the fact that Konami is at work on PES 2022 running on Unreal Engine and therefore has resigned PES 2021 to be a season update over what is essentially the guts of PES 2020. However, it warrants the question: why shouldn’t games charge an amount commensurate to the perceived value on offer?

Although it’s likely that PES 2022 will be a full priced $60 or more video game, it does open up the doors for PES 2023 to be a half-priced offering. That is of course, based on the assumption Konami makes the two-year development cycle for a PES game with fresh features the new normal. At the moment though, the $30 price for PES 2021 makes it a consideration and that’s before any discounts that arise through sales as the year progresses.

Throw in regional pricing at least on PC (Konami refused to comment on regional pricing for consoles), and you have a football game that’s surprisingly fair in an industry that’s usually interested in nickel-and-diming users, more so with the PS5, Xbox Series X, and Series S on the way.

That said, it says more about the state of the games industry than it does about Konami or PES 2021 that a tolerable price tag is worth celebrating. Hopefully, it’s successful enough for other publishers to take note of instead of trying to raise the price on new games.