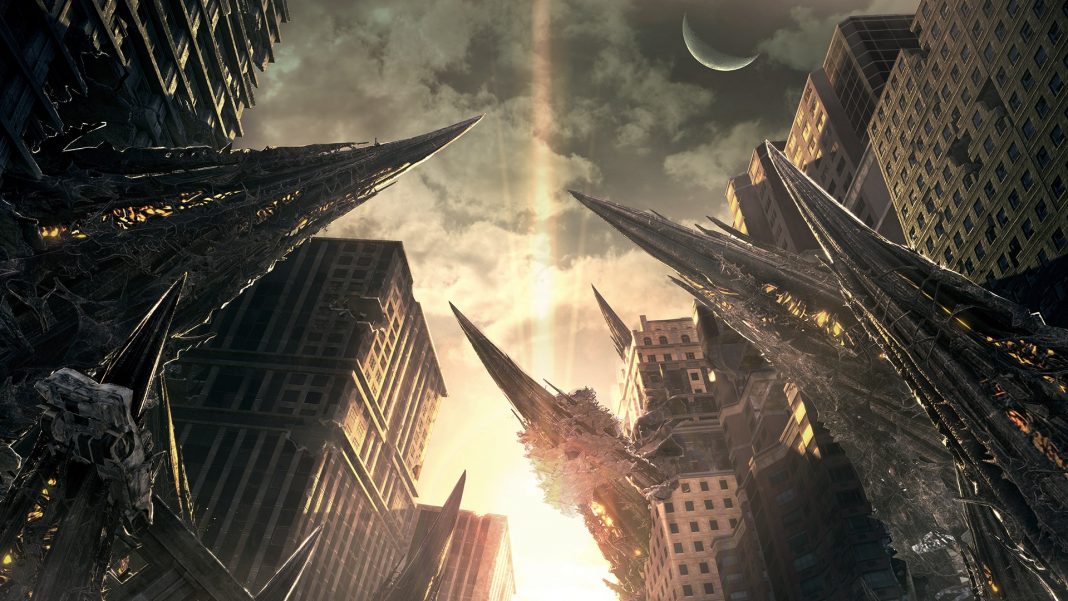 When it was first teased, a lot of people thought Code Vein from Bandai Namco Entertainment was set to announce a new FromSoftware project. When that was finally revealed to be an action RPG inspired by Dark Souls from the team that worked on the original God Eater games, I was excited. After a lot of uncertainty around the release date and eventual delays, Code Vein finally arrived a few weeks ago on PS4, Xbox One, and PC and it has been one of the more surprising releases of this year in the best way possible.

Code Vein is set in a post-apocalyptic world that has Revenants and the Lost. You play as a Revenant trying to uncover lost memories and find a way out of this hell. Revenants and the Lost are basically two kinds of vampires. The former wants to protect what’s left of humanity while the latter wants to protect just themselves while killing others. Revenants are more powerful vampires who have lost their memories as humans. If they go too long without blood will end up becoming the Lost. Code Vein’s story isn’t told through vague lore snippets scattered about like some games. The story is a big part of the game and is at the forefront with multiple animated cutscenes with anime tropes all over the place.

Code Vein doesn’t hide its Dark Souls influence but builds on it. Everything from the customisation to the progression is a very nice take on the tried and tested formula. You see this right from character customisation. Code Vein has the best character creator in a long time with tons of options of minute details for your avatar and has the ability to let you add multiple accessories of varying kinds to be able to try and either go wild with your own creation or try and make your avatar’s appearance match that of someone in games or anime. This carries over to the in-engine cutscenes as well but not the animated pre-rendered ones.

Code Vein’s class system is called Blood Code. This system is very flexible because not only can you access more and more classes as you progress in the game, but you can also switch classes on the fly. This makes the whole game feel vastly different because the Blood Code you equip drastically affects your in-game stats and this decides what kind of weapon you can or cannot use.

You start off with Fighter, Ranger, and Caster classes and gain access to more through exploration and from certain NPCs. I found myself sticking to the more close ranged Blood Codes with Berserker being my current favourite. The ability to change Blood Code at just about anytime adds a whole new layer of flexibility that most RPGs don’t even come close to having. This is complemented by the skill system in Code Vein.

Each Blood Code has its own set of Gifts which are the equivalents of skills and magic here. Gifts let you either gain passive skills or active buffs and even special moves. These skills require Ichor which is the equivalent of mana in Code Vein. Ichor isn’t unlimited and you gain more through backstabbing enemies, parrying, resting at Mistle, and more. Mistle is the equivalent of a small safe zone or like a fireplace in Dark Souls. Resting here will rest enemies around so keep that in mind because it might be better to make more progress rather than rest, if the enemies nearby were a formidable challenge. You can trade in special items called Valuables in game to unlock even better gear.

Code Vein’s influence from God Eater isn’t just the anime aesthetic and the soundtrack. The Drain Attack is a variant of God Eater’s Devour mechanic. You recover a good amount of Ichor through it and and there are multiple ways to execute said attack. This will be an important part of your repertoire and this mechanic feels like a very natural addition.

Combat in Code Vein tries to be a more fast paced take on Dark Souls but it falters for a few reasons. For one, the animations for certain attacks don’t look great. The heavier two handed weapons in particular lack the weight and feel they should have during attacks. The other problem that is more of a design issue with the layout of the various locations is the amount of ambushes. Going into a game like this, you expect to be surprised or interrupted a few times by enemies as you enter new areas. Code Vein overuses this to the point it becomes annoying. Hopefully a potential sequel can address this and the combat feel for certain heavier weapons.

Code Vein’s approach to difficulty is very interesting. While there are no difficulty options, you play most of the game with an AI controlled partner or a human in co-op online. This makes the game drastically easier and more manageable because there are many instances where multiple enemies approach you. If you are looking for a real challenge, you can choose to play in solo. In my testing, the online worked great on both PS4 and Xbox One with both friends and randoms.

Visually, Code Vein is mostly gorgeous. The anime aesthetic and designs for characters and enemies are excellent. The environments on the other hand are inconsistent. Your home base and the Cathedral of the Sacred Blood (that is heavily inspired by Dark Souls) look excellent but the starting ruined city area looks boring. Thankfully, Code Vein has procedurally generated dungeons that are nice and varied with their biomes and enemy designs.

On the performance side of things, Code Vein is excellent on PS4 Pro and PC but sadly not amazing on Xbox One X. Consoles have no performance or graphics options like certain other games that are optimised for Xbox One X and PS4 Pro like Monster Hunter World: Iceborne. As of this writing, Code Vein on Xbox One X looks very good but it still targets 30fps while the PS4 Pro version targets 60fps and has a few instances of drops. On the PS4 Pro, some corridors caused drops but during combat, Code Vein ran without issues. Even boss fights like the Invading Executioner and the Butterfly of Delirium were smooth. While the frame rate on Xbox One X was more consistent, it is disappointing that there is no option to play in a higher frame rate mode.

Code Vein has both English and Japanese voice acting options. Both options are great for your playthrough. Code Vein’s soundtrack uses a combination of licensed music from the band VAMPS and an original score by Go Shiina. If you’ve played God Eater before, you probably know what to expect musically here. The licensed music is a perfect fit for the anime aesthetic and Go Shiina’s score is fantastic as usual. I can’t think of a bad Go Shiina soundtrack ever since he started scoring music for Bandai Namco games.

Overall, Code Vein is one of the most accessible, customisable, and unique takes on the Soulslike formula. If you enjoyed games like God Eater 3 and have always wanted a more store driven action RPG experience with a plethora of customisation options, Code Vein is something you need to play.